On October 2-3, 2019, the Automotive Industry Action Group (AIAG) hosted its annual Quality Summit, an event that draws hundreds of industry leaders every year. As in previous years, the event took place at the Suburban Collection Showplace in Novi, Michigan, a familiar venue for those who have attended in the past.

We talked with Murray Sittsamer, president of The Luminous Group, and John Rose, quality systems manager for Jacobs Vehicle Systems, about the event. Some of the highlights from this year’s summit include key updates from industry groups about new quality initiatives, informational sessions and even a celebrity appearance.

One of the most anticipated sessions was an update from automakers on plans for the new Failure Mode and Effects Analysis (FMEA) handbook released by AIAG and the German Association of the Automotive Industry (VDA).

“So far, Fiat Chrysler (FCA) is the only one saying companies have to use it,” says Sittsamer, adding that manufacturers must follow the handbook’s Form G for process FMEAs (PFMEAs). “The others are phasing it in by exception, and for future model year programs, taking a ‘try and see’ approach.”

Suppliers to Fiat Chrysler can expect to see new requirements as soon as December 2019, while Ford, GM and Honda are targeting 2022 and beyond.

Another key session at this year’s Quality Summit was an update from the International Automotive Task Force (IATF) on the organization’s ongoing initiatives to improve the IATF 16949 certification process.

Previously, IATF based audit days on the number of employees in a facility. However, the organization is considering changing that by adopting a risk-based approach to determining audit days.

“This initiative is still in its early stages, but it looks like in the future the number of audit days will be based on elements like complaints, recalls or customer scorecards,” says Sittsamer. “A lot of what they’re reacting to is that vehicle manufacturers expect certification to equal product quality,” he adds.

IATF representative James Bruin also gave an overview of how the organization plans to make registrar audits and the certification program more effective.

“He went through a list of about 15 proposed initiatives, but it remains to be seen which will be implemented,” says Sittsamer.

Martin Ranäng of Volvo Group Trucks gave the opening keynote presentation on the importance of employee competence, which Rose says is a top priority for Jacobs and other manufacturers.

“We have onboarding, training, immersion plans and different development plans for salaried employees versus union operators,” says Rose. “But once we say they’re trained, how do you measure competency? How do you know the person remembers?”

Competency evaluation and gap analysisIt’s clear that competency will remain an ongoing focus in the industry for the foreseeable future. In fact, it was one of two tracks offered during afternoon sessions on October 2, which included talks on:

The other track focused on quality management system (QMS) issues, covering topics such as:

Day 2 Sessions and an NBA All-Star

Day two of the summit included sessions where attendees could share feedback with the International Accreditation Forum (IAF) as well as a panel discussion with certification bodies on ISO 9001 audits.

According to Rose, one key piece of news from the IAF session is that the group will soon launch a new database for manufacturers to more easily search for ISO 9001-certified suppliers.

“That’s huge for us, since some customers are now requiring us to use suppliers certified not just to IATF 16949 but also ISO 14001,” says Rose. He notes that for many, it can be a struggle to meet both VDA requirements and those of U.S. automakers. The new database will help identify suppliers that may need to work on transitioning from ISO 9001 to IATF 16949 certification.

Finally, the summit closed with NBA All-Star Mark Eaton, who shared life lessons from his best-selling book, “The Four Commitments of a Winning Team.” Overall, both Sittsamer and Rose agreed it was a successful event where industry professionals could do a lot of networking and learning in a relatively short timeframe.

“AIAG does a good job in packaging all of it in just a day and a half—the perfect amount of time,” says Sittsamer. 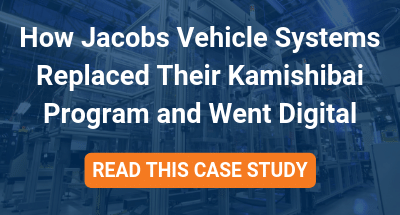 Ready to improve your quality?